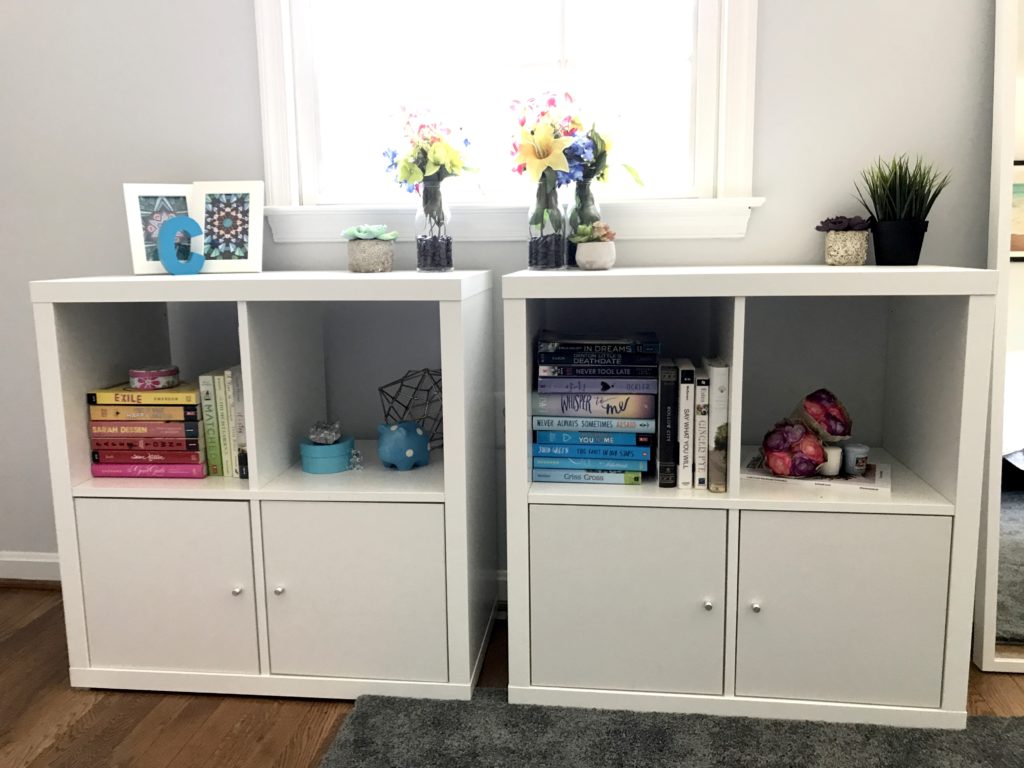 Today we are highlighting a project we completed a few months ago — simultaneous “refreshing” for two bedrooms (of two teenage sisters!).  They each have a distinct style aesthetic (of course) and they each provided lots of important feedback for what they wanted.

This first series of pictures shows the “after” images our first teenager’s room.  She wanted serene, calm, zenlike, and mostly white to light grey finishes.  We were working with an existing grey rug and she built the room’s tones from that.  New paint, new furniture (mostly in white), an added lounge area for chilling out, and a few special pieces of art all complete the room.  She added some lamps to supplement the light from the existing fan.  She organized her books by color and used some accessories for other pops of color,  but she selected a solid white duvet for her bed. 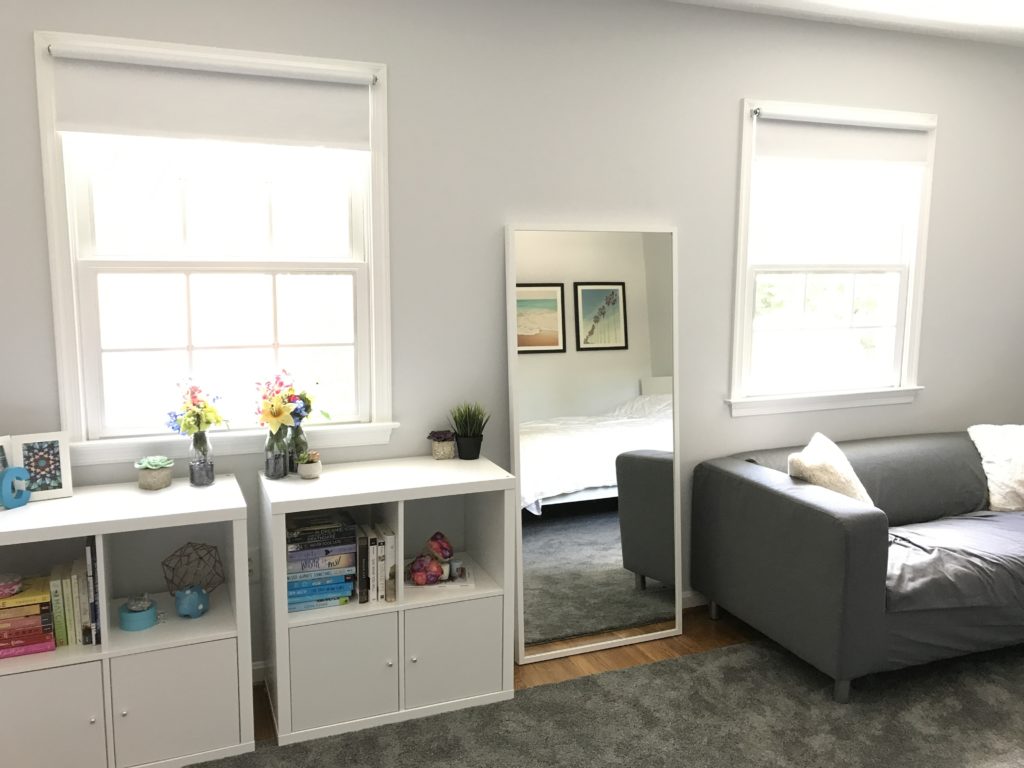 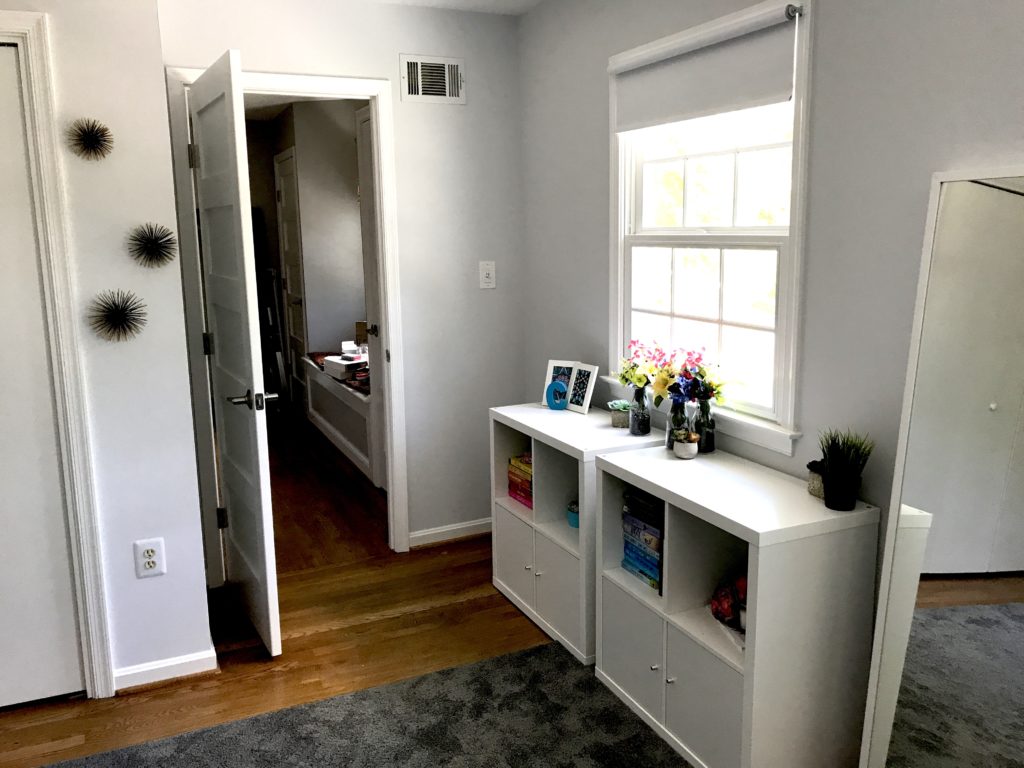 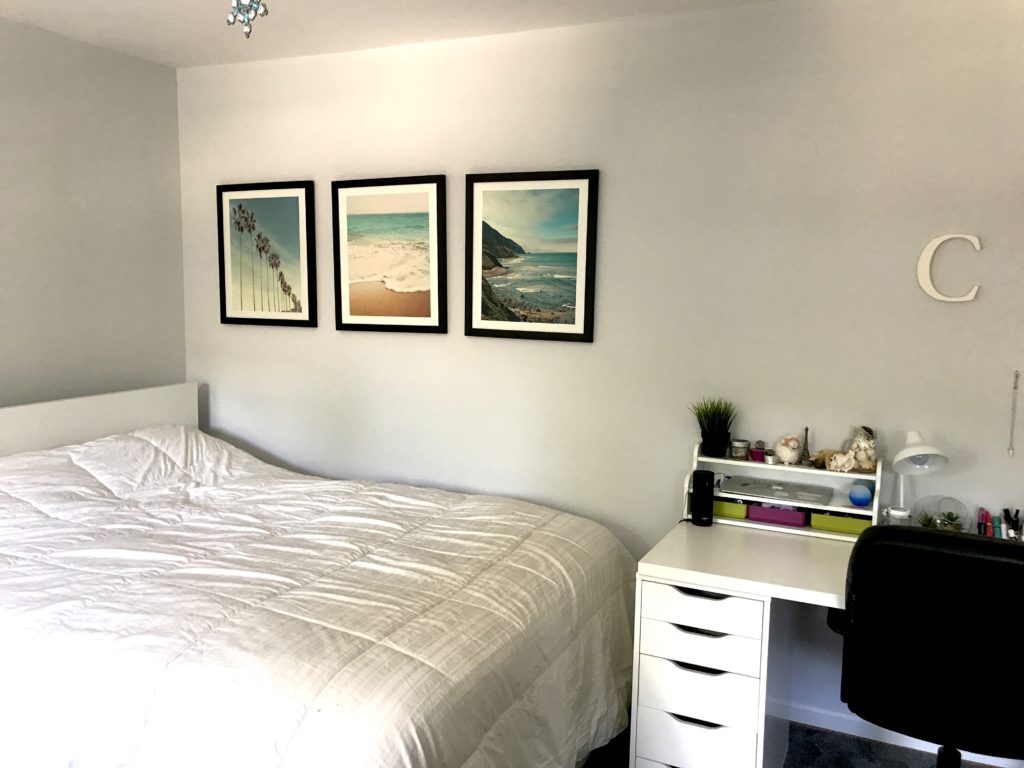 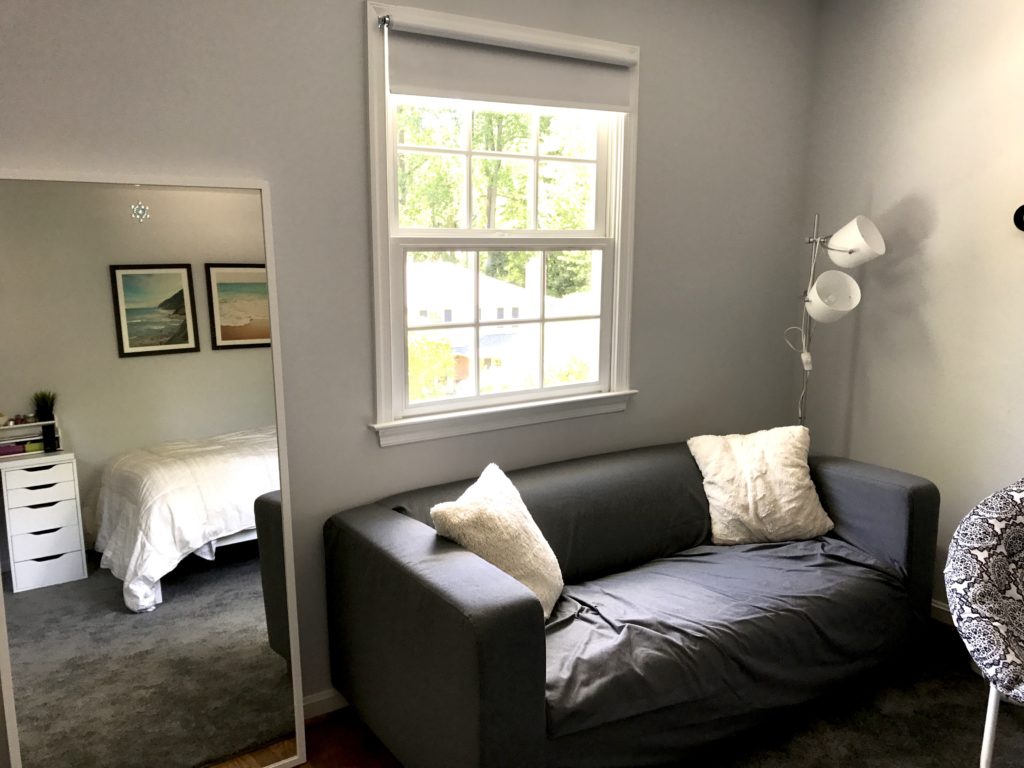 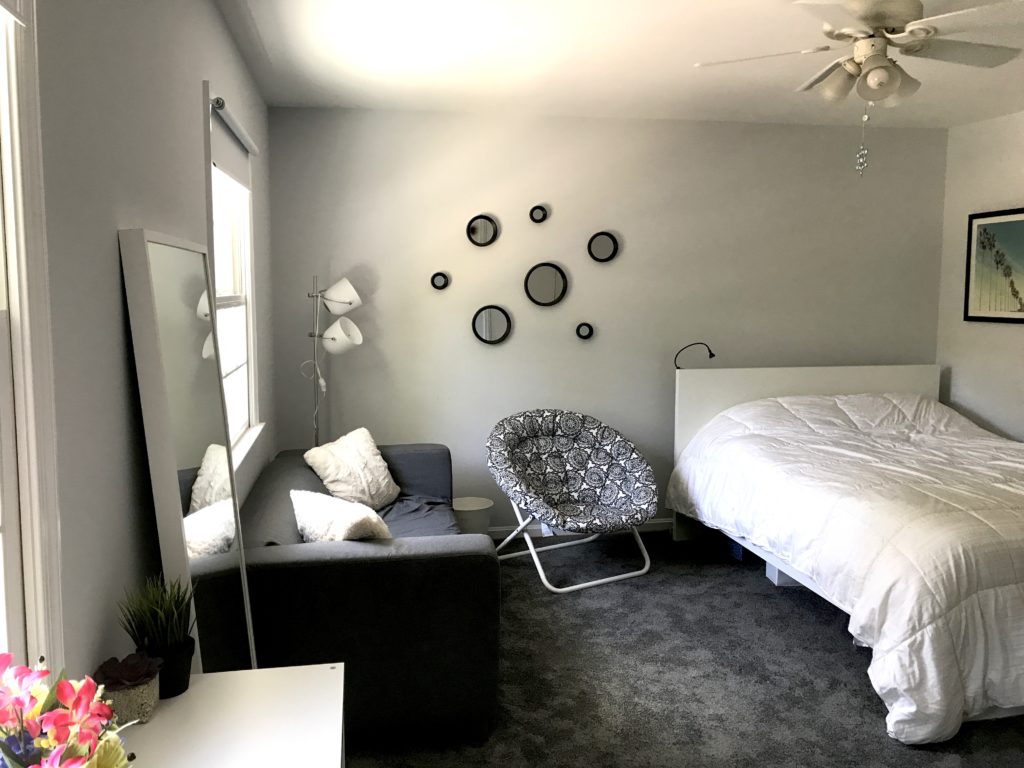 Below are the “before” pictures from her room.  The previous wall colors (with accent wall) were one of the obvious changes. 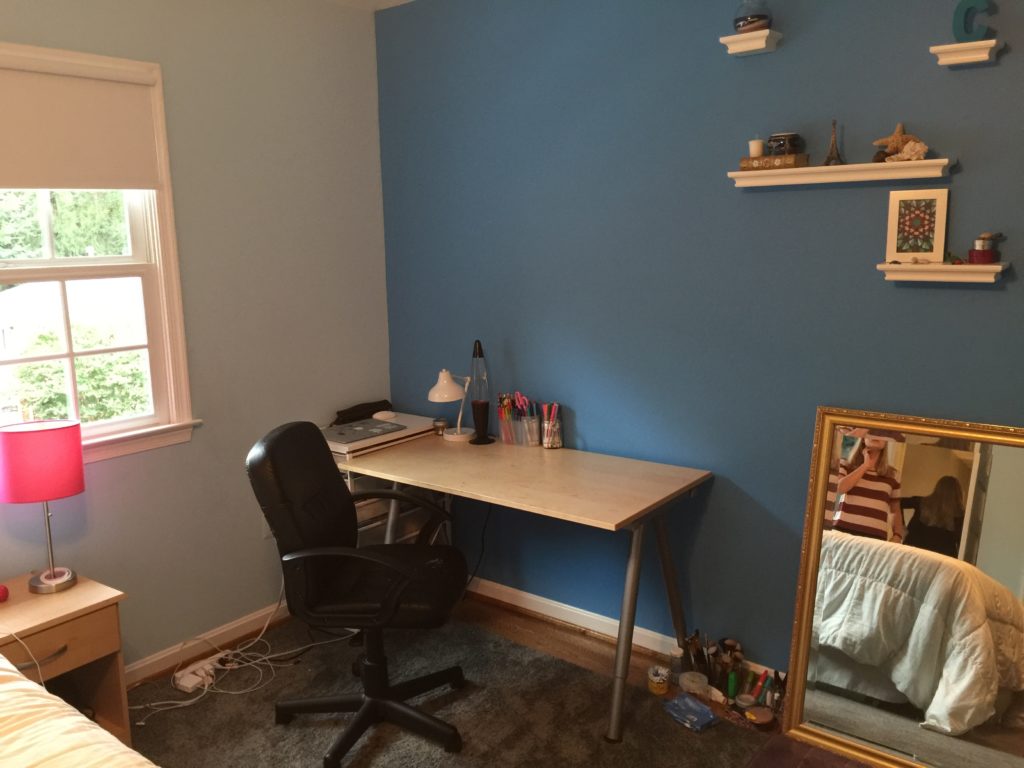 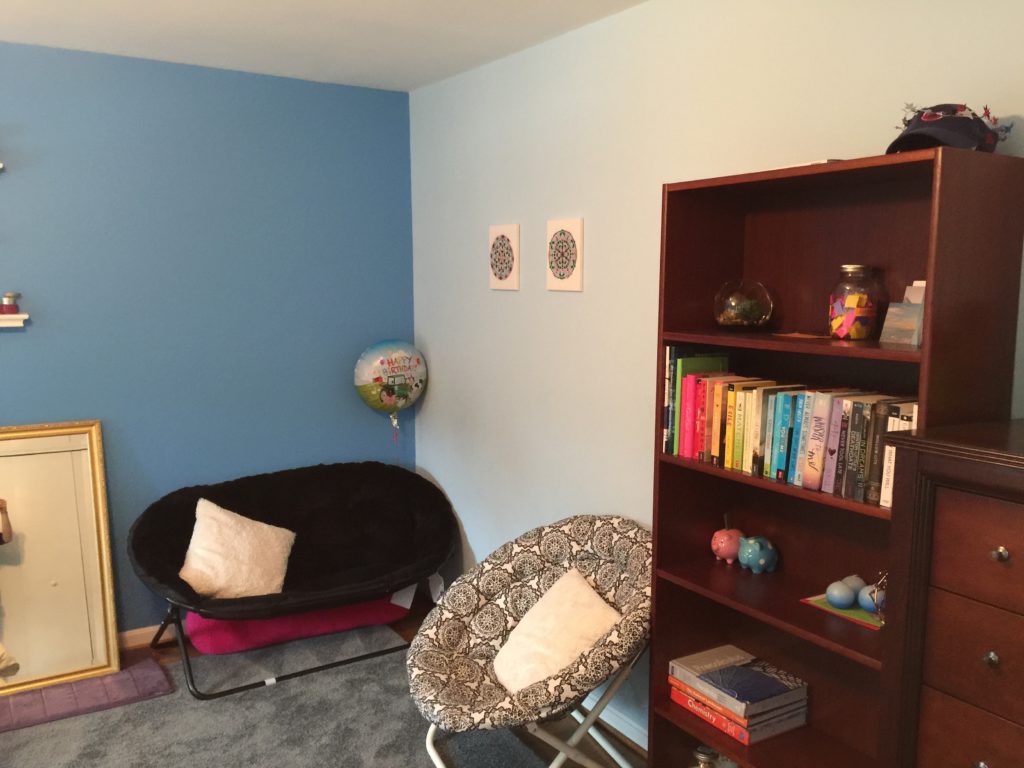 The second teenager has a slightly smaller room and a different light exposure in the home.  She also had specific ideas as to bedding and accessories.  She chose a light, subtle purple/grey wall color.  She also added a large fabric piece as a focal point in her room, and simple white curtains to frame each window, replacing the previous valances.  She switched out an old purple shag rug to a charcoal grey.  Isn’t the new duvet cover cool? 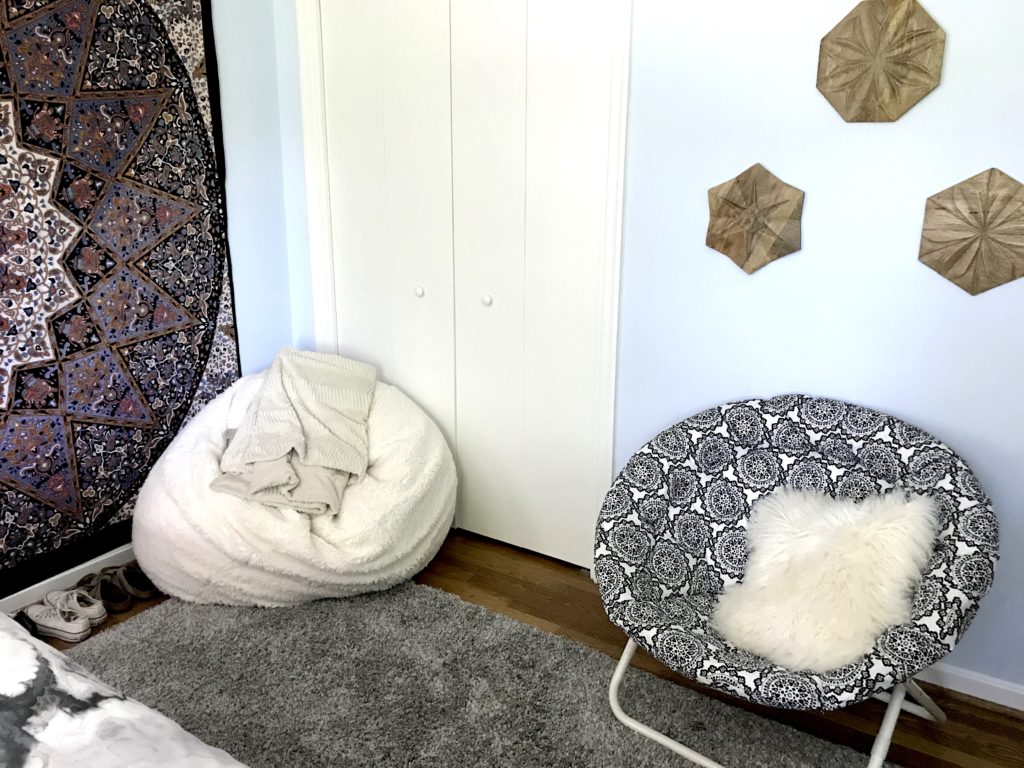 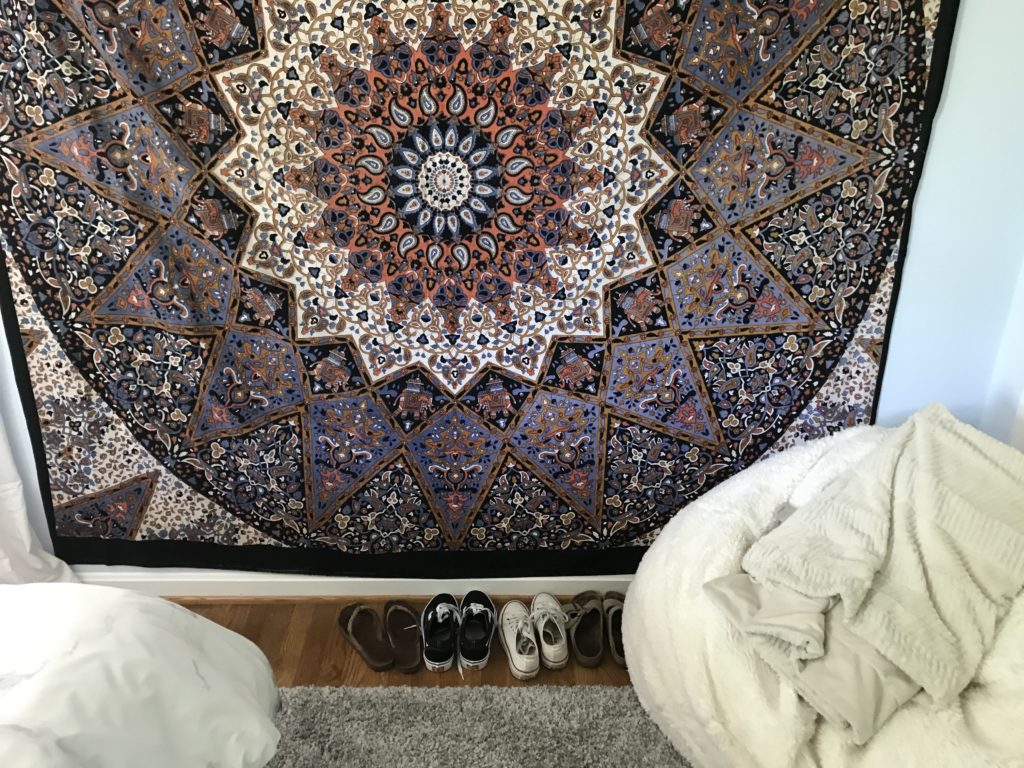 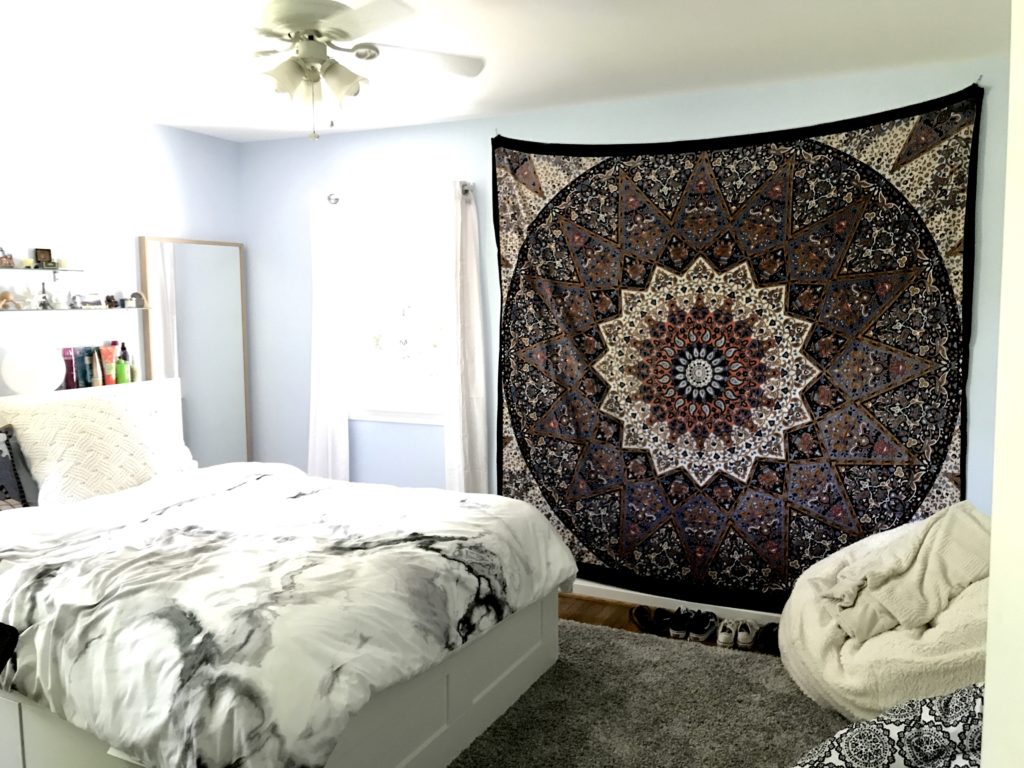 Below are some “before” pictures of her room. 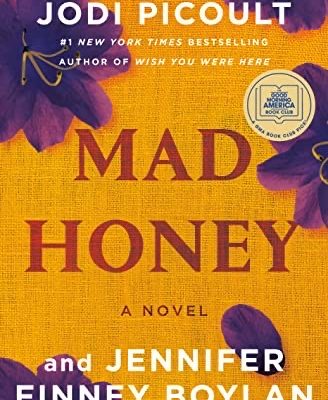